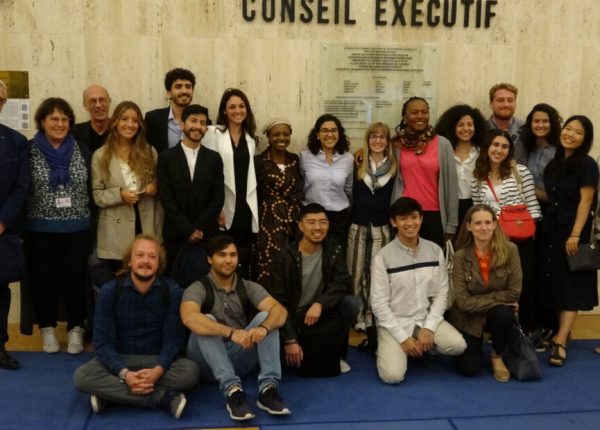 Do you want to be part of a global network of young protagonists that strives to make universal fraternity visible?

Do you want to contribute to a united world, representing the United World Project and New Humanity NGO in your country and working with national and international institutions such as UNESCO and the United Nations? You are invited to join us!

The United World Ambassadors program is promoted by New Humanity International NGO, a Non-governmental organization of the Focolare Movement. The mission of the NGO is to be the expression of the values, ideas and good practices that are born from the life of the Focolare Movement in every sphere of society, the idea of a united world, promoting the spirit of universal fraternity at all levels, as proclaimed in the Universal Declaration of Human Rights. In 1987 it obtained Special Consultative Status with the United Nations Social and Economic Council (ECOSOC), and has held General Consultative Status since 2005. In 2008 it was recognized as an NGO partner of UNESCO. New Humanity NGO is one of the main promoters of the United World Project.

The ‘United World Ambassadors’ program aims at creating a worldwide network of youth who become spokesperson of New Humanity NGO at national and international level, being the bridge between local and global efforts for a united world. Specifically, the ‘United World Ambassadors’ will be in charge of establishing a collaborative relationship with national Institutions (such as the UNESCO National Commissions,) Governments, and Civil and Religious Organizations. Their task is to identify, collect and present the best practices promoted over the years in their respective countries, with the final aim of obtaining the recognition of the United World Week at the United Nations.

Who are we looking for ?

Young people between 18 and 30 years old who share a passion for universal fraternity and a united world, who are enthusiastic to learn more about international and intercultural relations and ways to have an impact by being global citizens, and by working together with others from all over the world. 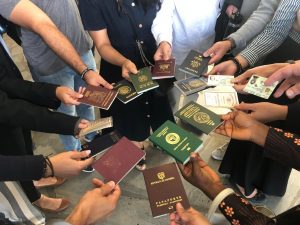 Our activities and expectations: The ambassadors’ role

On Tuesday May 4th 2021, 20h-21h (Rome time) during the United World Week, we will hold a webinar on this call for those who are interested.

The application process will close on Friday June 4th 2021.

Do you have any questions ?