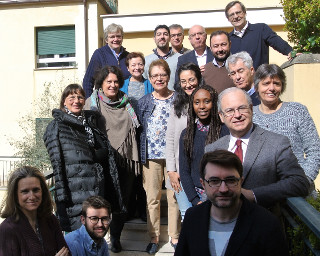 The 2018 General Assembly of New Humanity took place at the international headquarters in Grottaferrata (Rome), on 23-24 March.

It was a very important event because of the election of the new Board of Directors and the presentation, discussion and approval of the new strategy for the next three years.

New Board of Directors. During their yearly assembly, the members of New Humanity approved the decision to increase to 7 the number of councilors at the Board of Directors. Federica Chiaro, Lucia Compostella and Paolo Frizzi (Vice President) were elected as new councilors and added to Lucia D’Auria, Cecilia Landucci, Alessio Valente and Marco Desalvo (President) who were all confirmed.
On behalf of everyone, Marco Desalvo thanked Marco Aquini and Virginio Grillo who had asked to be relieved due to other work or family commitments. “Their contribution, thanks to their skills and relationships – he said – can’t be expressed and highlighted enough. It will be through our future work and commitment that as new Board of Directors and Supervisory Board we want to truly and sincerely thank them for their many years of work at the Association. 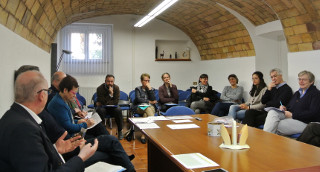 Youth and society. All members of New Humanity unanimously decided to guarantee a broad representation of the youth (Youth for a United World) and of the social component (Umanità Nuova) of the NGO inside the Executive Committee, based on the consideration that their issues should be taken in due consideration in every decision made by the Committee in the next few years.

Strategy until 2020. For the past 30+ years, and through their work in New York, Geneva and Paris, as well as through the daily commitment of its active members, New Humanity has contributed to fulfil the goal of unity of the human family throughout the world. They did so by contributing to spread the idea of a united world and by promoting the spirit of universal brotherhood at every level of society, while respecting the identity of everyone of its components, as proclaimed in the Universal Declaration of Human Rights (article 1).

Based on the experience it gained so far, New Humanity decided to focus its action over the next 3 years on the following three paths.

Sustainable Development. New Humanity intends to contribute to, and have an impact on the fullfilment of the United Nations Sustainable Development Goals (SDGs). In this view, it has promoted initiatives like Genfest 2018 and several other ones connected to the United World Project. These initiatives are meant to raise awareness in the global society – and in particular in young people – of the need to achieve a fully sustainable global development and to present at every level the best practices that its active members promote every day all over the world 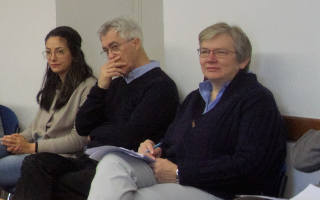 Goal 16. Thanks greatly to the commitment of its representatives in New York, New Humanity will focus on promoting the Sustainable Development Goal 16, Peace and Justice at global level, on strengthening the tools for its fulfilment and giving new vitality to the global partnership for sustainable development, as proposed by SDG 16.

Human Rights. In coordination with the other Catholic-inspired NGOs that are active at the United Nations Human Rights Council (UNHRC) in Geneva, New Humanity will increase the commitment to promote the protection of all fundamental human rights, with a special focus on the right to development, to international solidarity, to education and peace, in particular for the most vulnerable groups and geographical areas where these rights are most threatened

Peace Education and Culture. In synergy with the initiatives promoted by UNESCO – the UN Organization in Paris specialized on those issues – New Humanity will continue to work for the promotion of a Culture of Peace at global level, and of an Education toward achieving that goal. The many initiatives promoted worldwide on the occasion of the Week for a United World will remain a fundamental opportunity to reflect on that issue and propose the New Humanity good practices.

Report on the activities. The General Assembly gave also the opportunity to present the 2017 Activity Report and to plan the future activities together.