New Humanity 2019 Assembly: Open Dialogue on our Work for a New Humanity 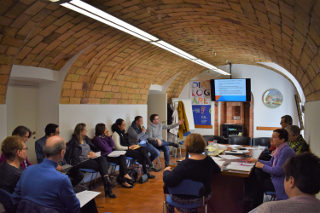 
The yearly meeting of the New Humanity central Governing Council and representatives from other countries just ended. It worked on a review of the 2018-2020 strategy and the response that the NGO can offer to meet some of the greatest current challenges in the world, among which: fighting hunger, the migration issue, the engagement of young people and of the African continent.

Dialogue with the Civil Society. As a follow-up to the conference on Co-Governance co-organized by New Humanity last January, this year’s assembly included an afternoon of reflection with Fanny Bava and Luca Moser, heads of the New Humanity Movement for active citizenship (part of the New Humanity umbrella), and Mario Tancredi, who is reponsible for the Dialogue with  Contemporary Culture in the Focolare Movement.

Openness and Active Citizenship. Important contributions and ideas from all over the world were presented on how to continue a shared path of openness to society and practices of active citizenship inspired by the spirituality of the Focolare. 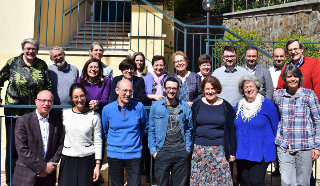 2020 Strategy. The meeting also gave the opportunity to review the progress on the implementation of the New Humanity strategy, especially the promotion of a Sustainable Development, the full protection of all Human Rights and Education to the culture of peace at international level, in the New Humanity offices in Rome, New York, Paris and Geneva.

Current challenges. The sharing and reflection highlighted the main challenges that the NGO is facing this year, as well as the initiatives that New Humanity is promoting in order to meet them.

•    Fighting hunger in the world. Since last year, New Humanity and the Youth and Teens for Unity Movement have been collaborating on the FAO Zero Hunger initiative. Thousands of children and teenagers from all over the world who are members of the Movement participate in awareness and commitment programs on how to reduce food waste. New initiatives are being studied for the current year.

•    Migration and Human Rights. New Humanity is continuing its commitment to promote the respect for all fundamental rights of the human person – with priority for the weakest and the migrants – and the collaboration with the NGO Committee on Migration that recently highlighted the New Humanity Host-Spot Project among the good practices mentioned in the report on “Polices, practices and partnerships to promote the implementation of the global agreement on migrations”.

•    The Yoth and Africa. New Humanity continues to give great priority to the involvement of young people in international decision-making processes, with particular attention to the African continent. A series of initiatives are being studied, with the involvement of the young people of New Humanity in view of the UNESCO 2020 Forum on global citizenship and on peace. Another project that is receiving an increasingly great international support and attention is Back to Africa, promoted by some young African leaders.

Report on the Activities. The members of the General Assembly also submitted the 2018 Activity Report and planned the future activities together.

Guests and special mentions. During the Assembly, Marco Aquini, a historic pioneer of New Humanity who left us recently, was remembered in a special way. The Assembly also welcomed some representatives of the “European Focolare” project in Brussels, who are exploring ways of sharing the priorities and inspiring principles of the Focolare and New Humanity in the European institutions’ environment